We are very excited to announce we have received 2-year funding from Paul Hamlyn Act for Change fund to employ two young women as gender equality peer educators. We have two full time posts available and are now taking applications. The role will involve working with other young women and girls to tackle gender inequality and to joyfully Smash the Patriarchy. The deadline for applications is the 31st January 2020.  Please request forms and return completed applications to laura.christer@westendwomenandgirls.co.uk

Women's organisations from across the four nations of the UK have come together to collaborate on a project which will tackle sexual harassment in the workplace, funded by Rosa and the Justice and Equality Fund Now’s the Time programme.

Would you like to use your skills to make a difference to vulnerable women and girls?  Are you an excellent relationship builder with the ability to influence others in support of our work?  If so, please get in touch!

We are welcoming and friendly organisation and we are searching for someone who shares our commitment to provide opportunities for women and girls to learn and grow in confidence.

We would like to shout out that there are still places available on the following courses:

Our other services will also return for 2020 (no booking/referral required but women do need to sign up as Aspire members):

Wearside Women in Need now has 147 community ambassadors. More opportunities to get the training and join the scheme.... https://www.womensaid.org.uk/our-approach-change-that-lasts/askme/ask-join-scheme/#1548757359551-f1d9821b-de3b

Every girl should be able to live her life free from inequality, poverty and violence.

But too often girls at the sharpest end of inequality are missing from the public debate about the issues young people face and services and policies are designed without them in mind. 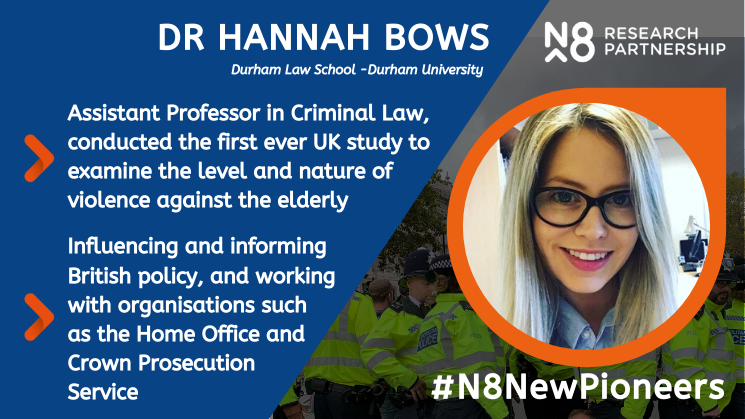 Dr Hannah Bows is an Assistant Professor in Criminal Law, having previously completed her ground-breaking PhD research examining the extent, nature and consequences of sexual violence against people aged 60 and over in the UK in 2016.

Hundreds of vulnerable women and men are being sexually assaulted by other patients while staying on NHS wards – at a rate of one attack every day, data has revealed.

At least 1,019 sexual assaults were reported by male and female patients on mixed sex mental health wards between April 2017 and October 2019, according to figures obtained by the Health Service Journal.

This Helpline can also be accessed directly by survivors who have queries around no recourse to public funds.

Interested in learning Arabic language or simply want to refresh your skills?  Come and join us at CREST, Beach Road South Shields NE33 2QA every Wednesday from 1:00-3:00 P.M for 10 sessions started 15/01/2020 but still available...

Lots of other courses available - have a look at http://www.crest.uk.com/